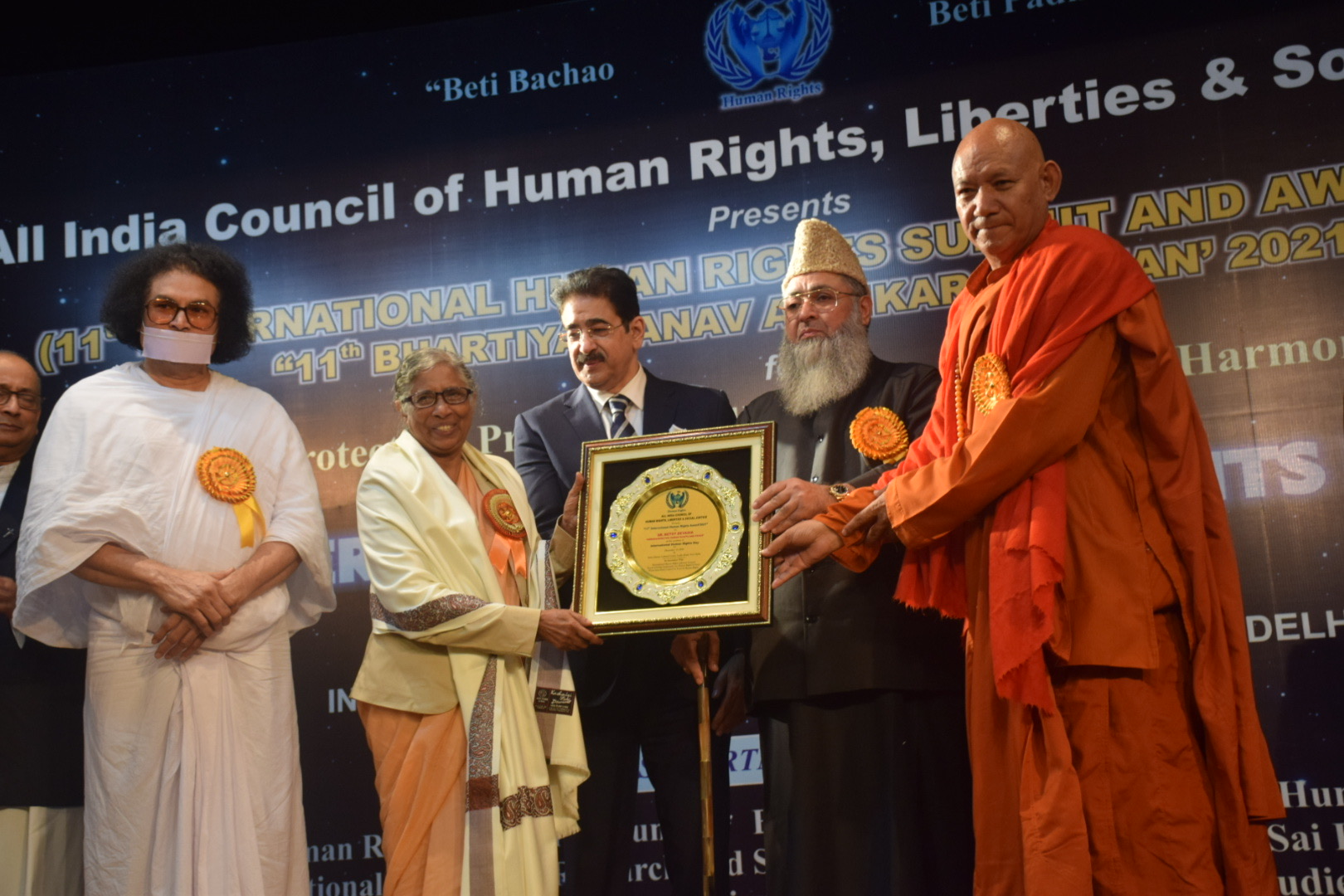 Sr. Betsy Devasia, the Director of Women Development Centre (WDC) Assam, was conferred with 11th International AWARD title the “Ambassador for Human Rights & Peace” 2021 for her contribution to women development in the Northeast region by the International Human Rights Council, Delhi on 10th December 2021.

Women Development Centre, Joypur, Guwahati began in the year 2000 as the” Millennium Gift to the Women in N.East  India. It was the dream and Inspiration of Archbishop Emeritus Thomas Menamparampil to have a training Centre for the women of North East India. WDC is the Social work wing of the Sisters of the Cross of Chavanod Guwahati Province.

One of the major thrusts of WDC is to help complete schooling of “school dropped out young girls through NIOS. Over the years we have helped more than 680 girls from Arunachal Pradesh, Meghalaya, Manipur, Nagaland, Tripura, Mizoram, and Assam, 94% of them passed out, 70% of them have gone for higher studies and are living exemplary lives.

WDC has formed, nurtured & trained 750 WSHGS -around 7000 weavers and has enabled them to link with banks and government services in Assam under the most backward & left-wing extremist districts declared by Govt. of India in 2012. are More than 1000 Women in 5 areas of Joypur Kharghuli are breadwinners of their families. WDC also have trained 330 Women Leaders from the year 2000 to 2011 from the West Siang district of Arunachal Pradesh.

Their leadership qualities and business skills have helped them to become successful social entrepreneurs. Over the years the progammes of WDC has reached out to 16 tea garden villages of Jorhat &N.Lakhimpur districts of Assam. 6000 temporary workers are selected to increase their living conditions through alternative livelihood along with the impetus to educate themselves and their children.

Human trafficking is a serious concern. We are focusing on anti-human trafficking, Safe Migration. The Focus is to give alternative livelihood to prevent human trafficking.  515 Widows and 52 Senior unmarried ladies who have a difficult life in their families are helped in Dibrugarh and Tezpur area. We are enabling them to live a dignified life through skills in candle and broom making. 900 Physically Challenged persons are helped in Chirang Districts. 2000farmers are on the way to food security in Morigaon &Dhemaji.